As interest in European SPACs heats up amid an increasingly receptive regulatory environment, dealmakers must navigate market differences. 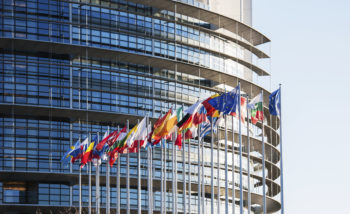 While US special purpose acquisition company (SPAC) IPOs and related M&A activity grabbed the limelight in 2020 and early 2021, European SPACs look set to increase in number in the second half of 2021, with large European SPACs already emerging. In May 2021, British fund manager Hedosophia raised €400 million after listing a blank cheque company in Amsterdam — one of the largest European SPACs to date.

Interest in Europe is heating up amid an increasingly receptive regulatory environment and the ability of a European SPAC to operate in a less-crowded market compared with the US. At the same time, US SPAC activity has slowed down, in part due to uncertainty around the accounting treatment of warrants following an SEC statement in April 2021.

The Battle of the Exchanges

Amsterdam has been the clear winner for attracting SPAC IPOs to date in 2021, with Frankfurt a close second. London has not featured, mainly owing to Listing Rule requirements for SPAC shares to be suspended upon announcement of the business combination, which is considered unattractive to investors. The UK’s Financial Conduct Authority is consulting on a new UK SPAC regime that would remove the need for suspension if the SPAC has certain investor protection features seen in the US, such as the ability for the public shareholders to redeem their shares. We expect an increase in UK SPAC activity in the second half of 2021, should the new Listing Rules be implemented.

How Are European SPACs Different?

In the wave of European SPACs seen so far in 2021, the trend has been to follow closely US SPAC features. These features include redemption rights for public shareholders on announcement of the business combination, three tradeable securities for investors (namely units, shares, and warrants), shareholder approval of business combinations, placing the offer proceeds into a ring-fenced escrow account, warrants to incentivise the participation of investors, and an expectation that the eventual business combination will be partly financed by a private placement or “PIPE”.

The differences are primarily driven by the different regulatory and fiscal framework in Europe. For example, euro deposits in the escrow account attract negative interest rates, which must be either covered by investors or others putting in more “at risk” capital. European SPACs must navigate the European Alternative Investment Fund Managers Directive so as not to be classed as “alternative investment funds”, and have to restrict the distribution of warrants and units to professional investors or publish a “Key Information Document”. European SPACs also require careful tax structuring for the SPAC vehicle and the sponsor benefitting from the sponsor shares, which earn the sponsor a “promote”. Finally, unlike in the US, there is no safe harbour for the publication of forward-looking information at the time of the business combination PIPE, so deal teams must give extra consideration to sharing business plans with PIPE investors.

While the number of European SPAC IPOs remains small compared to that in the US, we anticipate the number of SPACs listed in Europe will grow, and present an additional exit route for PE owners (with the flip side being that PE dealmakers may have to compete with SPACs for M&A buying opportunities). PE owners may also wish to explore sponsoring a SPAC IPO themselves, as several have done in the US. Both will require skilful navigation of evolving rules, regulations, and market norms, together with a review of investment agreements to ensure SPACs are properly covered by the definition of “exit”.